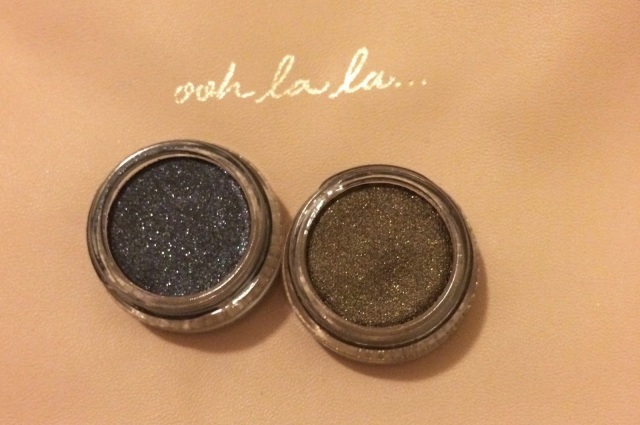 Generally I prefer my face to glow, not sparkle. Sparkles are just not my thing. Adding even a single sequin to something is the quickest way to ruin it. Since I am nearly certain this aversion is a response to a deep-seated childhood trauma like wanting a pink sparkly unicorn shirt and being denied it, the fact that I have finally found an eyeshadow that can be described as “sparkly” and yet I still want to wear it feels like a tremendous victory.

The amount I hate sparkles is equivalent to the amount of ambivalence I feel for mousse eye shadow. The texture can be odd, I suck at applying it evenly, and why did I buy three different eye shadow brushes if I’m not going to be using any of them, anyways? In general, avoidance of mousse eye shadow has been my go-to response. When I was given a sample of the Jouer mousse eye shadows, my ambivalence started slowly shifting when I couldn’t stop touching the spongy and smooth shadow. Caressing may be a better way to describe it actually.

The shiny particles caught the light when I sampled them on the back of my hand and while this would normally turn me off, the sparkly factor combined with the darker color of the shadow made me feel like a grown woman, not a sparkly tween. The fact that the color remained in place on my hand even after washing with soap and water pretty much sealed the deal. I would have to actually try this out, full in vivo exposure.

Last night I finally decided to give the eye shadow a real world test drive when I went to see Lauryn Hill perform at Brooklyn Bowl. (I had to name drop that because it was an amazing show and now I can’t stop whisper-singing Killing Me Softly under my breath. I’m doing it right now.) This is going to sound like an infomercial or QVC testimonial but… four sweaty, danced out hours later I headed home in a surprise downpour. When I investigated the state of my face upon my return, somehow my eye shadow was not streaked and the kind of rouge sparkles that haunt my dreams were nowhere to be found.

Beyond the longevity, I was pleasantly surprised at how subtle or dramatic the shadow could be based on the amount of product you choose to apply. I went for a more natural look (surprise, surprise) by just dabbing on two to three layers with my finger. If you really want to go all out with a dramatic dark, glossy eyelid, well, there is a good reason why Jouer founder Christina Zilber describes the shadows as “fantasy in a pot”.